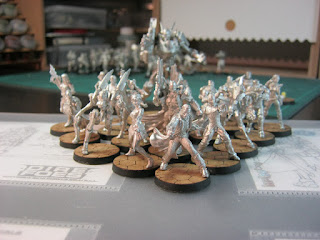 How's it hanging tacticool people of the the intermediate future?

This post is the first in a series to catch you up with Infinity projects I'm working on. This first post is about my Neoterra sectorial army or NCA, which stands for Neoterran Capitaline Army, a PanO sector army.

I started this shortly after N3 (Infinity's 3rd edition) came out. At first just to have a second army to play for demos. But I have been adding to it all the way to N4 now. It's sorta my new main faction besides QK (Haqqislam sector). As you know, I work in slow, soul grinding batches. Yes, that's a drag sometimes but it also saves some time through synergy. Here's the picture love story of several of those batches I started over the years. I plan to get them all greened, primed and base-coated for the summer. The brush painting will take me way into 2022. 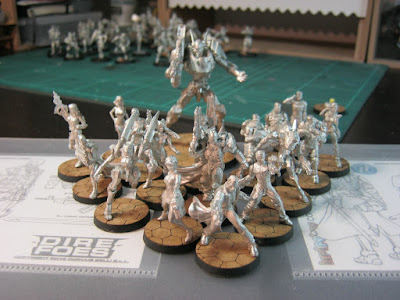 This is the first batch I started 6 years ago. 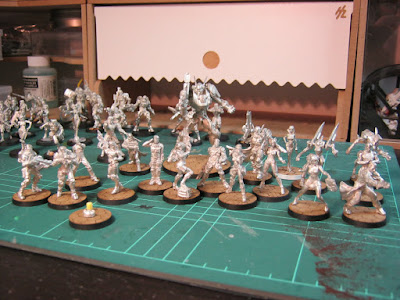 They are all base-coated by now, pics of them in the future. 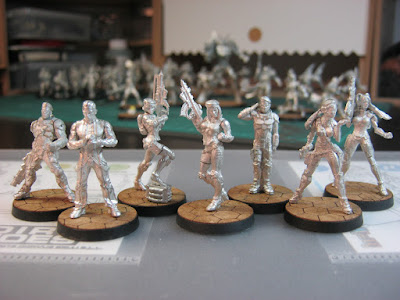 It's a mix of older and newer N3 Style models. 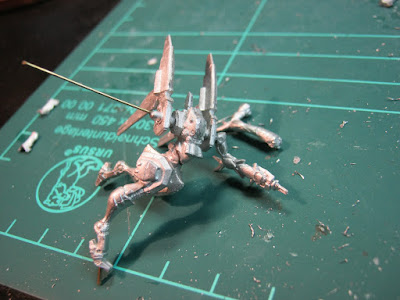 Some of the oldies are horrible to assemble tbh. 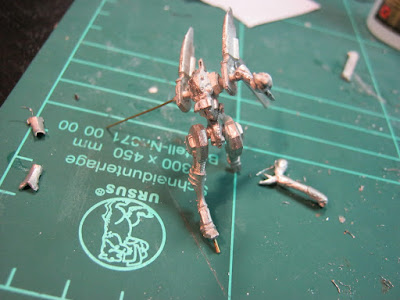 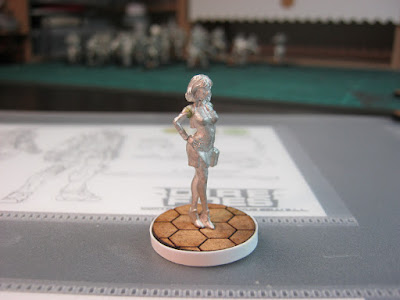 Some have prototype bases. 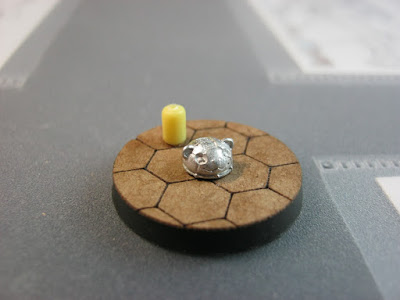 The yellow "can" is to make it easier to pick up. 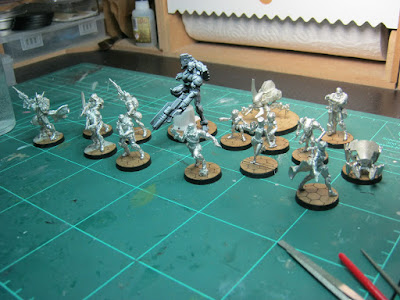 This is actually batch 3, batch 2 is assembeled but needs a photo shoot. 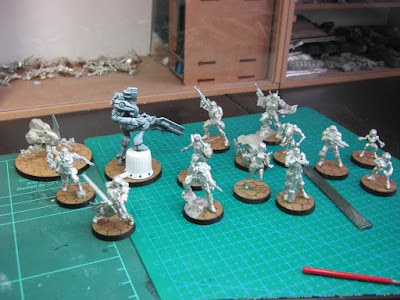 This is mostly newer sculpts. 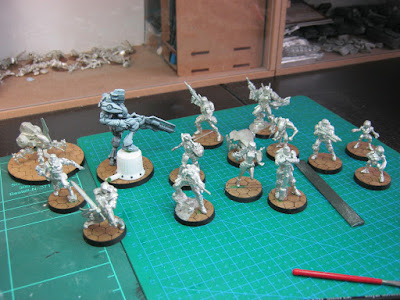 They are further along than batch 2. 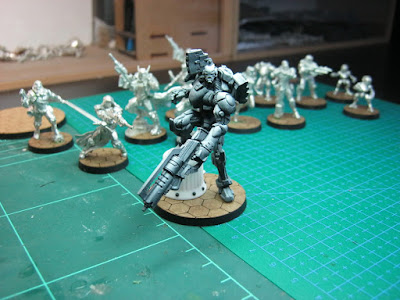 Got that guy primed from a friend. 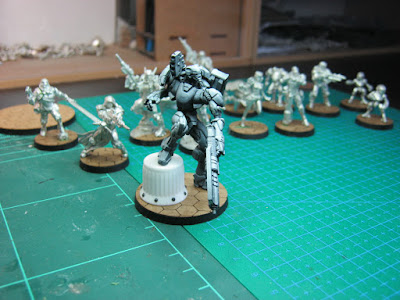 Had to rebase and slightly repose him to fit my base theme. 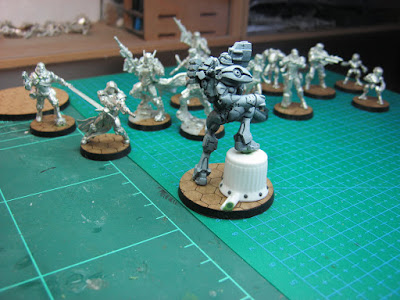 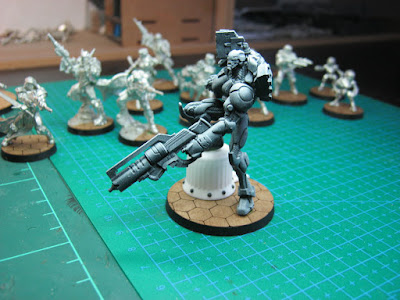 Works with his pose. I think. 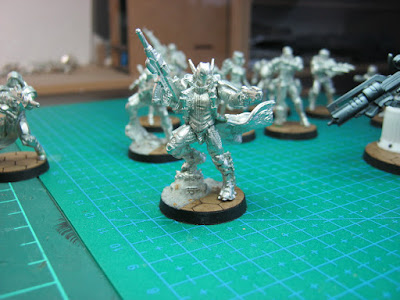 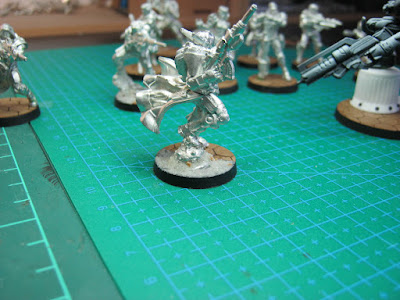 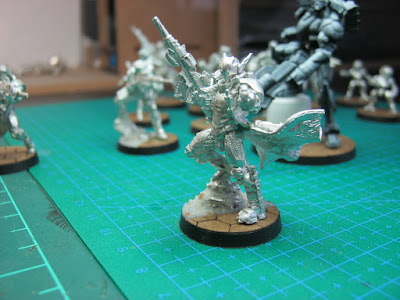 ...to integrate his tactical ice probedroid thingy into my base theme. 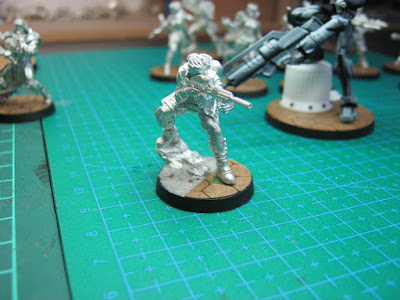 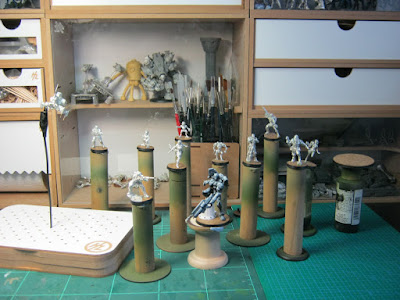 Here you see my process of priming/base-coating. 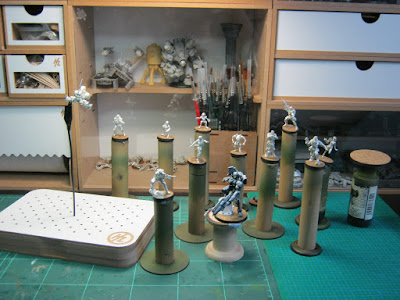 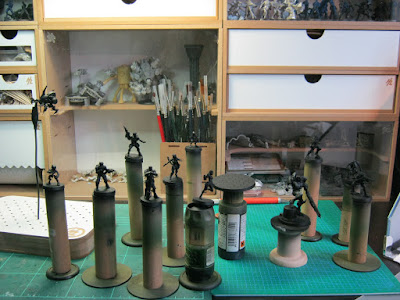 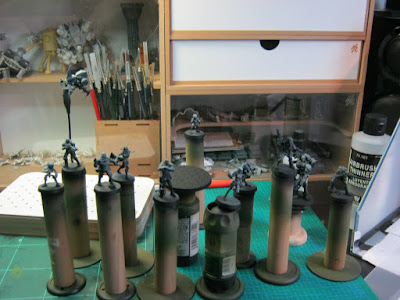 prime gray ... and out of focus 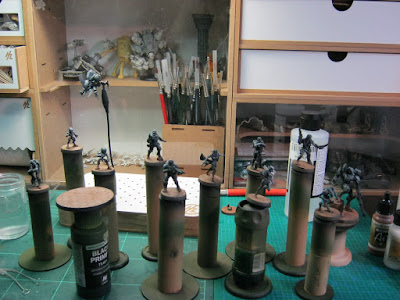 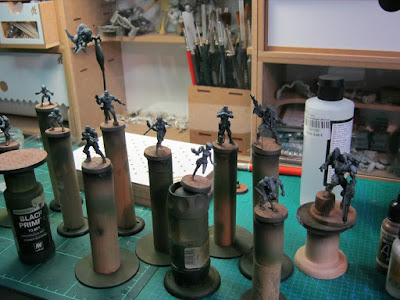 highlight the base slightly (That's how far they are now.) 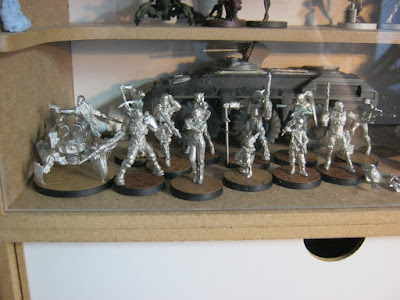 This is a 4th batch I just assembled. More of them later. 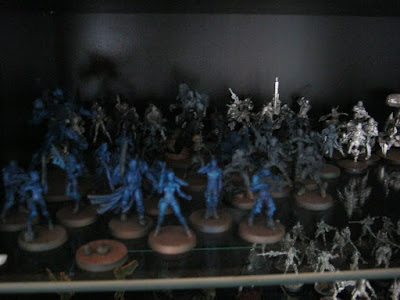 And here is a really bad but current picture of batch 1-3.
The shiny bois'n'galz in the back are batch 2.

Blogs I like, thogh they don't know me perhaps.